Is It Worth Investing in PPC Bing Ads? 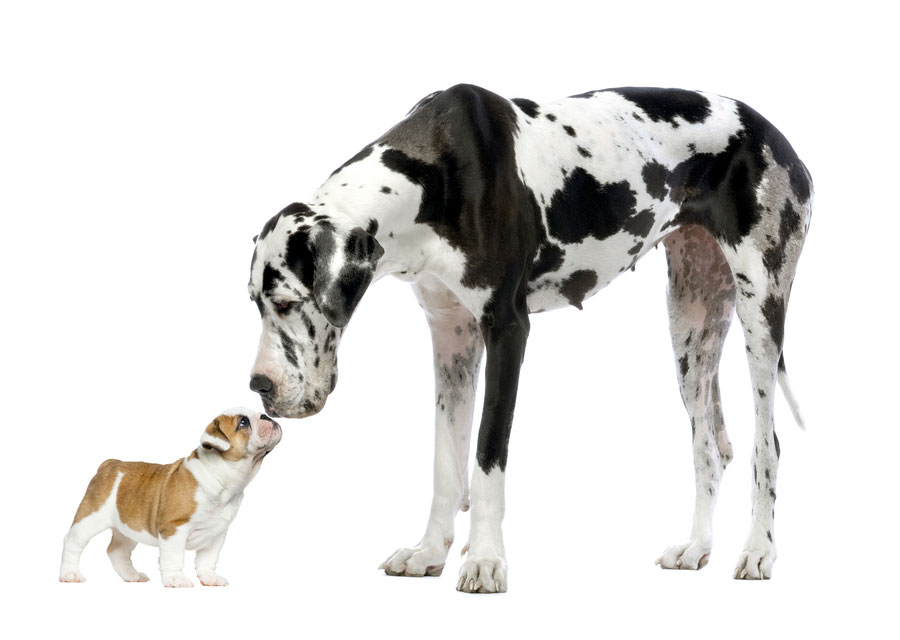 When you search for something on the internet, you “Google it” the same way you blow your nose with Kleenex and annoy your neighbours making loops in the snow for hours on your Skidoo. When a product enjoys an immense presence in its field, the company name doubles as the product name.

Google is the Goliath of Search Engine Results Pages (SERP). It’s been around since 1997 and makes up 69% of the search engine landscape. It makes up more like 93% when you include Google Images and YouTube (which you do).

Bing, on the other hand, entered the fray in 2009. For the last decade, it has nipped at Google’s heels, yipping like a Chihuahua under the shadow of a Great Dane. Bing holds onto a 1.5% share of the search market industry, or 3% if you include Yahoo (which you do). 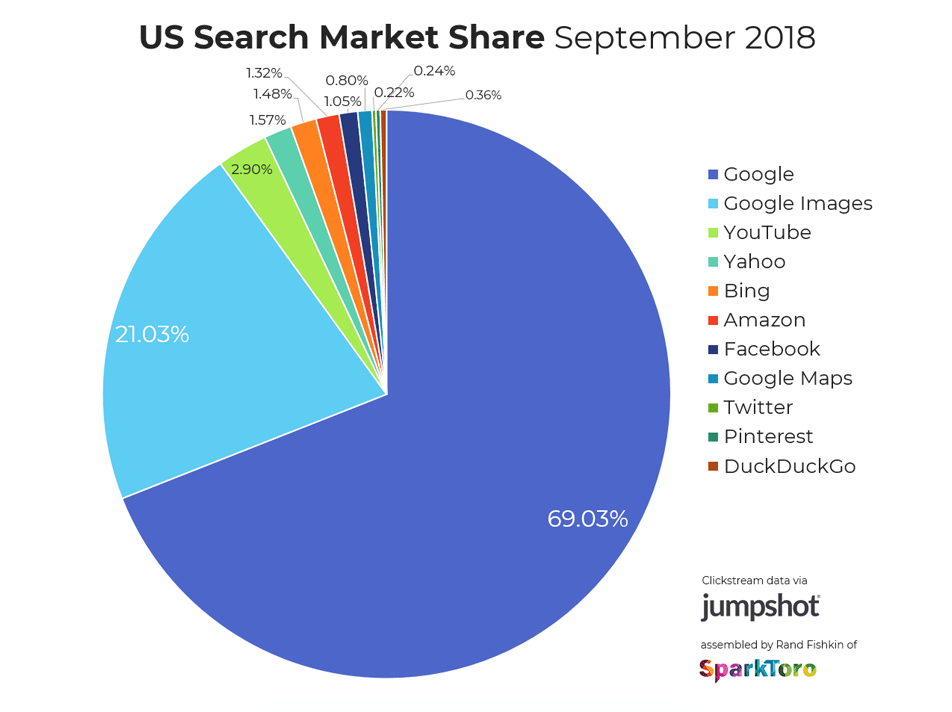 It makes you wonder, as a searcher who likely uses Google, who that 3% of people are out there who routinely depend on Bing for their search inquiries.

It makes you wonder, as a marketer, if it’s worth investing marketing dollars on that 3%.

Before we begin our yes/no analysis, let’s talk about Bing.

Why is Bing a thing, anyway?

Microsoft owns Bing. Microsoft installs Edge as a browser on Surface tablets and PCs. Edge uses Bing as its default search engine. Want to know what other major platform defaults to Bing as its search engine? Apple’s Siri (mobile voice search queries). That’s a reach of hundreds of millions of people who (unwittingly perhaps!) use Bing.

And that’s why Bing is still a thing when it comes to search engines.

Quick history: Microsoft also owns MSN, Yahoo, and AOL. If you know what these things are, you are probably over 40 years old and remember when yodelling and “You’ve got mail!” meant something. If none of this sounds familiar, that’s cool, because over-40-year-olds chuckled into their coffee when they cast their memories back to the 1990s when Yahoo was the Google of search engines. Yahoo used to be the man, but it tumbled down the SERP mountain after the dot-com crash because it didn’t invest in itself (search engineering), opting instead to buy a ton of doomed companies.

Why am I telling you about this? Because when you advertise on Bing, your ads also display on Yahoo and AOL.

Maybe. Maybe not. Time to dive into Bing vs. Google.

Here’s why it is worth your time to buy ad space on Bing:

Bing ads (now called Microsoft Ads) don’t cost you much, the competition is next to nil, and the time and effort you put into PPC ads on Bing is pretty much zero since you will re-use what you’ve already done on Google Adwords—Bing lets you import your Google AdWords campaigns so you’re flying in minutes. Hooray!

So what if there’s only a piddly amount of targets on Bing!

There’s still a market there, and you need to cover all of your bases if you’re a savvy marketing rock star (which you are). You can’t ignore the Bing network. Not even if it’s only 3%.

Google keeps the mega-high global search volume trophy on its shelf, sure. But on Bing, the competition for paid search is super low by comparison. That makes the cost per ad click cheaper.

At under half the cost, you can purchase twice as many ads on Bing and, if you design your end game the right way, you have the potential to gain twice as many conversions.

More conversions mean you can pat yourself on the back for running an effective ad campaign. Effective campaigns have a bigger ROI.

How much bigger? How about returns that increase as much as 25% in one month.

All of this means that having plenty of elbow room in the Bing ring is a good thing.

Arguably, because math and money charts are marvellous things, Bing gives you more bang for your buck—keeping in mind that the bang is a whisper.

But the buck is pennies.

And here’s the whiz Bing shocker

Bing is bigger than you think.

That 3% of searchers who use Bing translate into 145 million monthly active users who perform 6 billion searches a month. (compared to Google’s 167 billion searches per month). 238 million of those monthly searches are from Canada (16-20% of the Canadian search market, depending on whose charts you trust).

Crazy but true. Crazy, because people chuff and guffaw when they hear mention of “that other tiddly search engine, Bing.” Well! It’s time to put the chuffs and guffaws away, misinformed search engine elitists! Bing is a silent but serious little contender!

Know what else Bing captures apart from 33% of the American search market?

That’s right. Bing flaunts the fact that millions of people only use Bing, not Google. How many unique-to-Bing searches happen every month that don’t happen on Google?

And Bing is so proud of this fact that they incorporate it as their value proposition on the Microsoft Advertising page:

That’s an odd thing to do! Not many companies mention the competition in their statement of value. But honesty is the best policy, they say, and if you’re a kernel of corn on a cob of corn in a cornfield, you might as well mention the cornfield.

"Get more for less with Microsoft Advertising. Reach higher spending customers at a fraction of the cost."

Yep. One-third of that 33% of Bing Search Americans make a lot of money per annum—more than average. So now we’re talking about a target market that comprises a third of average-to-well-off America. You can’t ignore a full ⅓ of USA searchers.

Not when those searchers have money to spend. 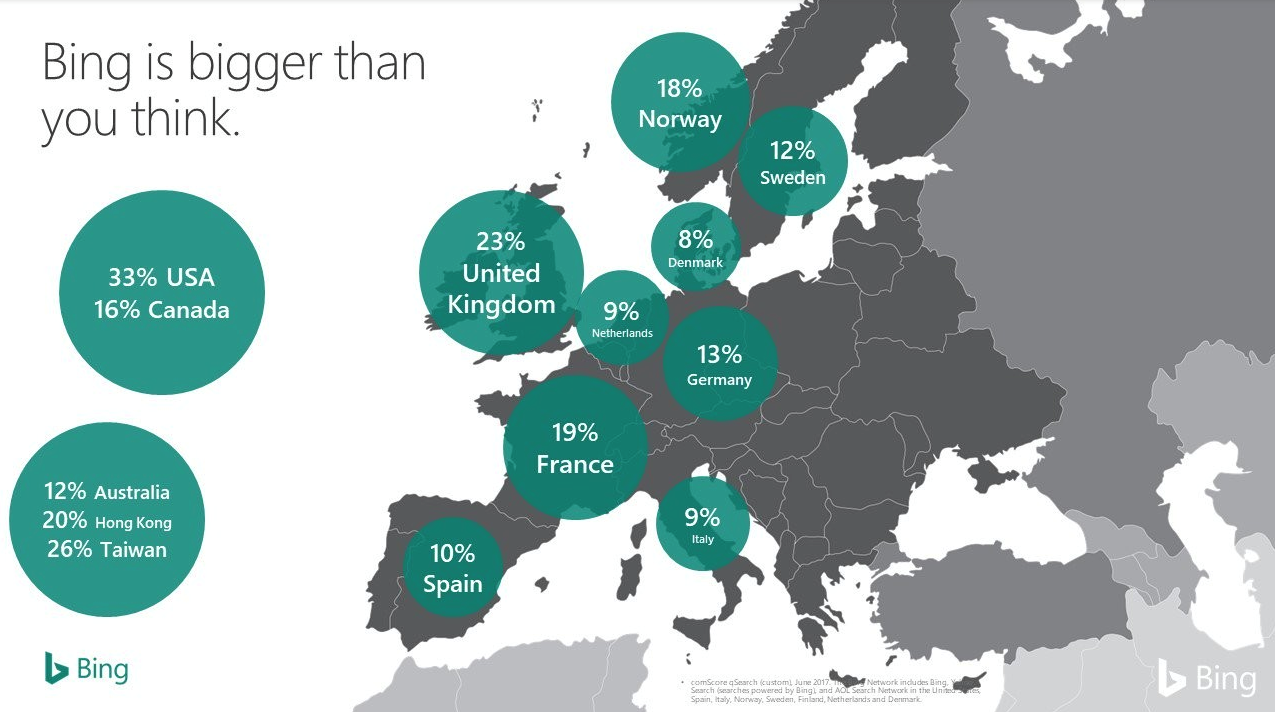 So there it is. Bing isn’t such a little thing. And Bing is starting to brag a little. Its share in the search engine market is growing. And it has some features that set it apart from Google.

Bing does its thing a little differently.

With Google, you tick off two major marketing checkboxes with your PPC ad dollars to cover your bases:

Bing only has the Bing search network (no display ads). But it does have some notable settings that Google doesn’t have:

Unlike Google AdWords, which works at the campaign level, Bing Ads work at the group level, letting you fine-tune for a particular ad group. One of those fine-tune adjustments is targeting by time zone. Your Bing ads will appear at the best times (daytime) around the world, so you don’t waste dollars on ads running while people are asleep. That’s scheduling sophistication right there!

Bing gives you hyper-targeting control for mobile devices and operating systems so that you can target just android users on a particular smartphone. Bonus!

Bing gives you 13 automated rules to help you run your campaign on autopilot. And you can dig down and tweak the parameters for each rule. So, for example, if you want to increase your bid by 20% to a max of $200 for half of your campaigns for 12 hours starting at 9 am GMT 09:00 Eastern Time (Canada and the USA), that’s easy to do.

Mobile ad targeting on Google AdWords is limited. Bing dedicates itself here, creating a separate platform for mobile ads so you can target specific devices and operating systems. So if you know that your target demographic likes a particular phone or OS, you can serve pinpointed ads to them. That’s precise control!

People like to simplify their lives and find tools that make achieving their goals easier. Bing helps with that. Bing has a nifty Ad Preview tool that allows you (at no cost) to enter your industry, your goal, and the thing you want to advertise. It breaks down your cost per click, allows you to play with the numbers, and it even shows you what your ad will look like. 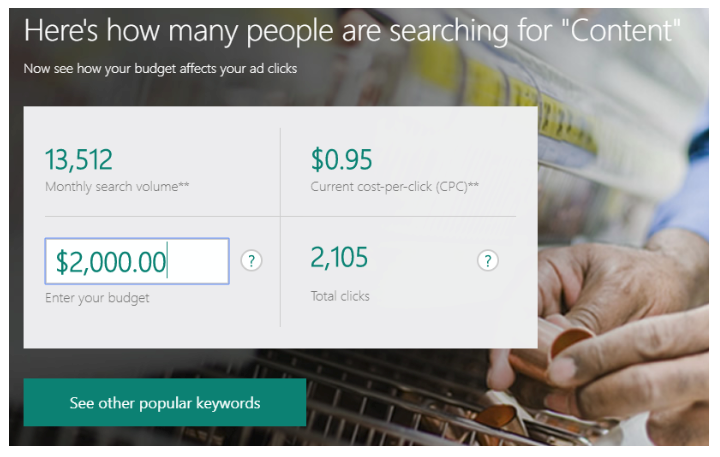 Lastly, Bing can get you a better CTR

The PPC ads look pretty much the same on both the Google and Bing networks, except that the little Ad marker is greyed out on Bing and highlighted on Google. Though a small thing, if you don’t realize what you’re looking at on Bing is an ad, that might translate into a higher click-through rate. 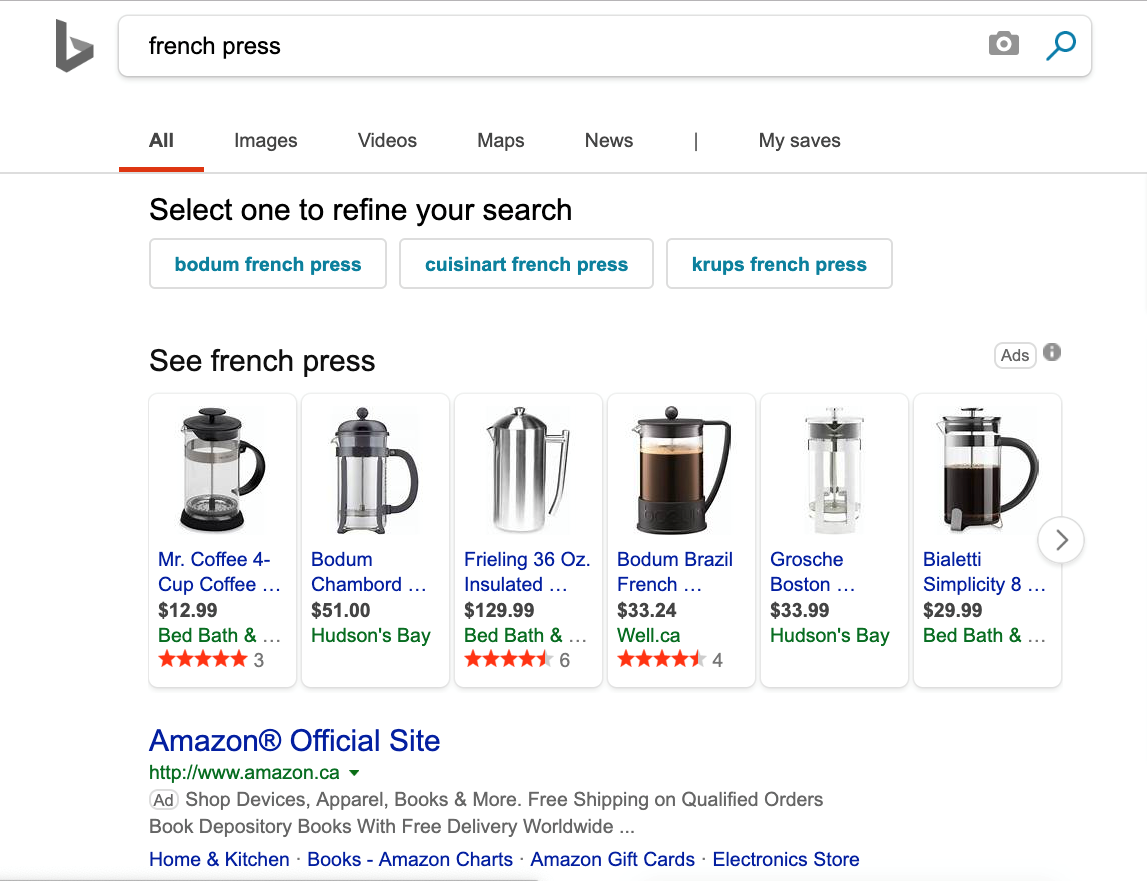 Those are a bunch of good reasons to consider investing in Bing PPC Ads.

Here’s why it might not be worth advertising on Bing—hint: it depends on your PPC budget:

Google Images accounts for more than 20% of all queries Americans performed in 2018, and that’s down from a high of nearly 30% three years ago. If you wonder why Google keeps putting more and more image results directly into the web search results, wonder no more. Demand for images is huge, and Google’s just giving the people what they want (without making them click that “Images” tab nearly as often).

Those are a bunch of good reasons why you might not want to invest in Bing PPC Ads.

It comes down to your campaign budget. If you can afford to spread some dollars to Bing, you should.

Have you ever heard someone say, “Look it up on Bing,” or “why don’t you Bing it?”

That guy is Google. Google is synonymous with the search engine. But that doesn’t mean you can ignore Bing.

There are millions of people who use Bing, and its share is growing. Many of those millions of Bing users don’t use Google at all. That means you’ll miss just-Bing users entirely if you poo-fling at Bing.

Sure, Google is the dominator—a near monopoly with over 90% of search market share. But Google is stuffed tight with your competitors. Those competitors are bidding with greenbacks and loonies high in the air, taking those golden keywords you need. You might be the sole bidder on that same keyword in Bing.

Tactically, Bing can be a money-maker.

Many of your competitors laugh at the idea of marketing on Bing. Those laughing competitors give you an opportunity to leverage their loss to your advantage (insert smug face).

This is one of the methods that savvy marketers use. It’s called first-mover’s advantage. The sooner you make a tactical marketing move, the better chance you have of outmaneuvering and out-marketing your competition.

Don’t spread yourself thin, though!

If your PPC budget is tight, stick with Google. If you have some room to play smartypants marketer, allocate some of your PPC ad dollars to Bing. There are millions of profitable leads out there, mostly in the USA, mostly over the age of 35, making over $100 000 a year, who turn to Bing to make their search queries sing.

So help them find your song.

(and sing that tune all the way to the bank!) 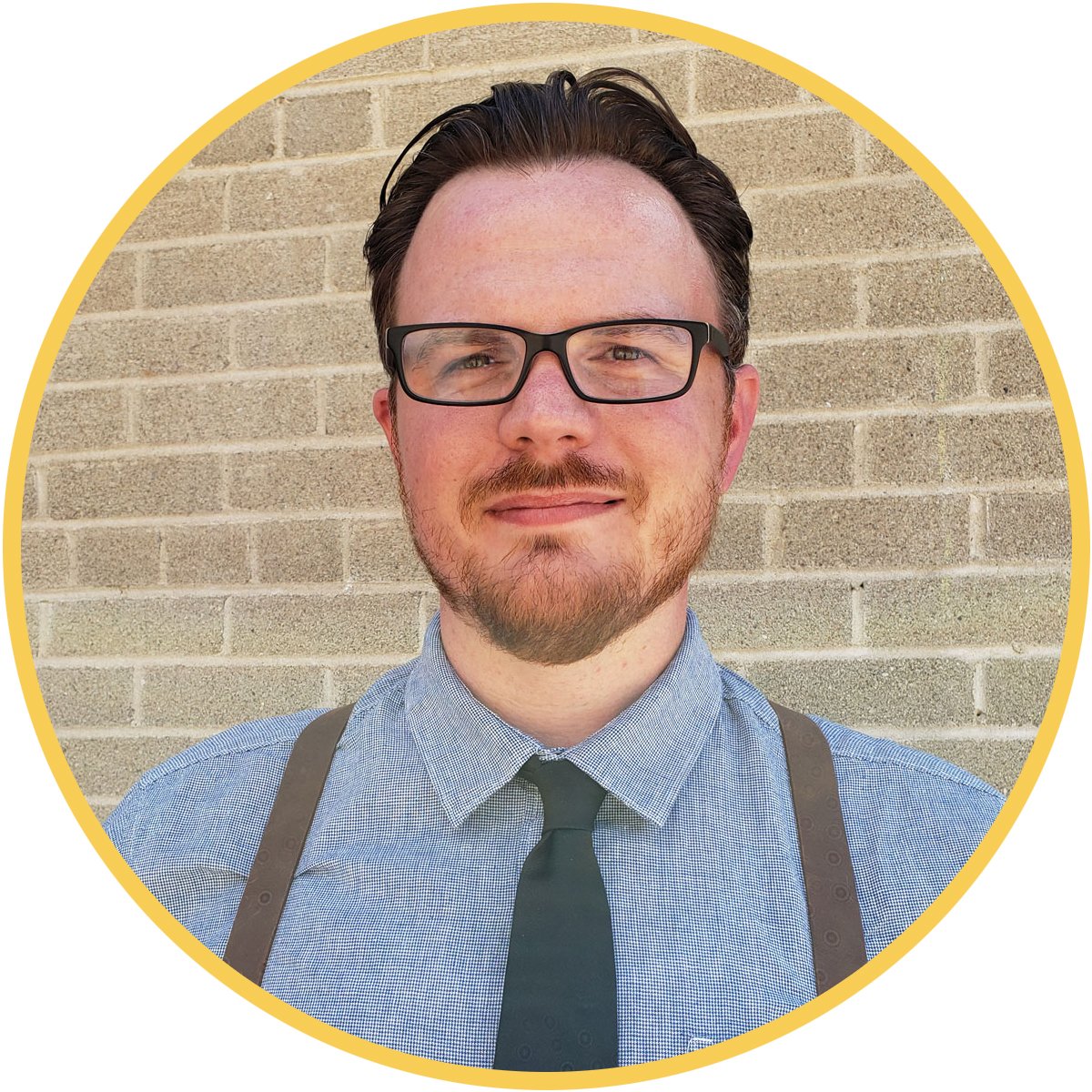 As our Chief Marketing Enthusiast, Kevin strives to provide clarity, honesty, and unique insights into every one of our engagements. Kevin helps companies improve their lead generation, enhance customer acquisition, and increase revenue. With over 18 years of inbound and content marketing experience with B2B technology companies, Kevin brings a straightforward approach to marketing with results that can be measured. He also has the most adorable hound dog that frequently comes to work with him. 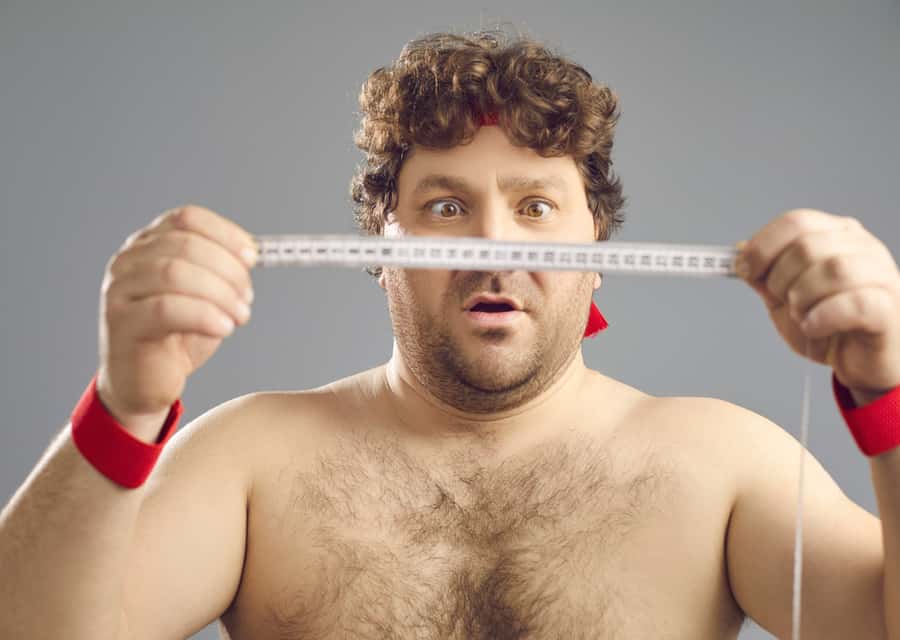 A Guide to HubSpot Lead Scoring 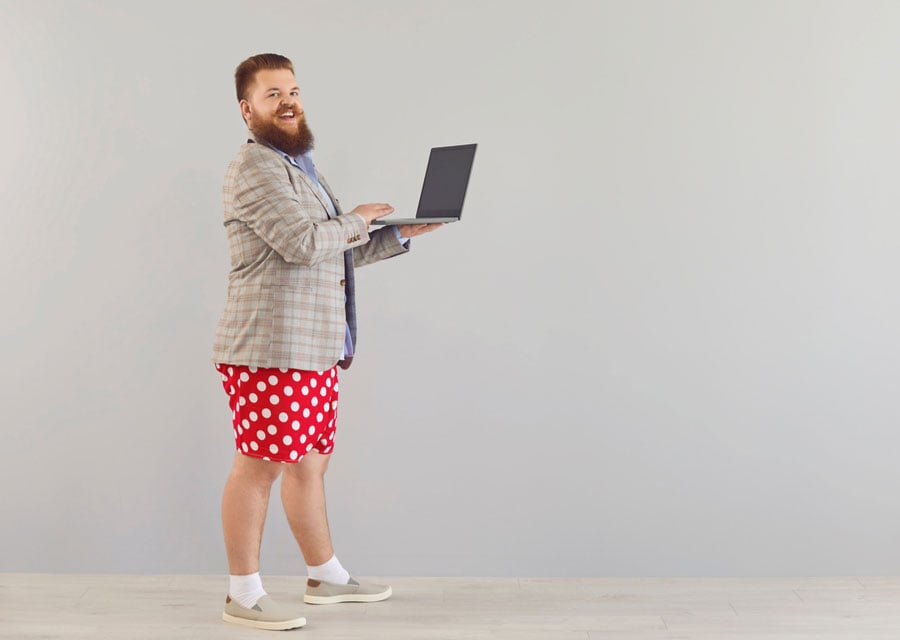 HubSpot CMS: Why It's Time To Make the Move 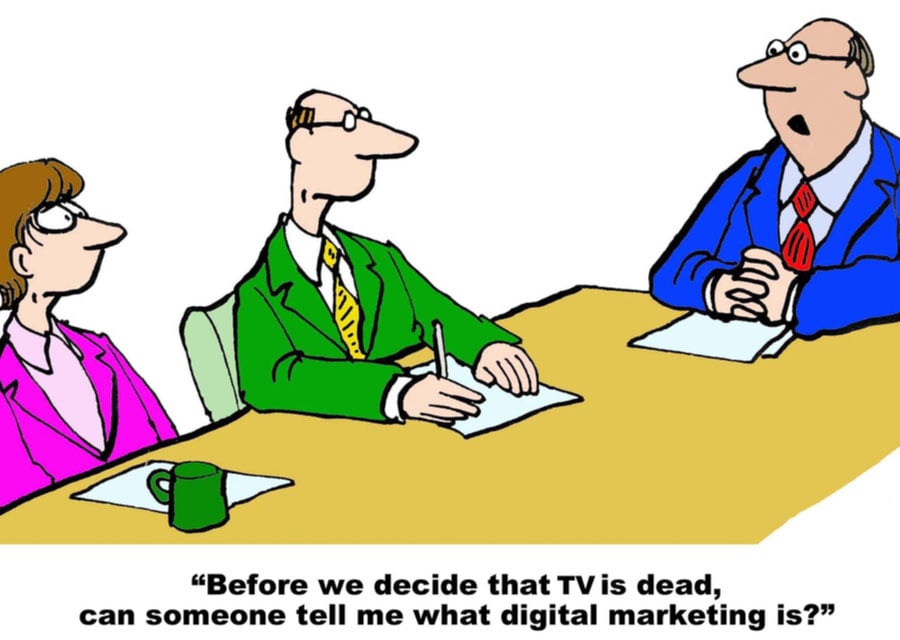